Where to go on Honeymoon in Vietnam – Travel Dudes 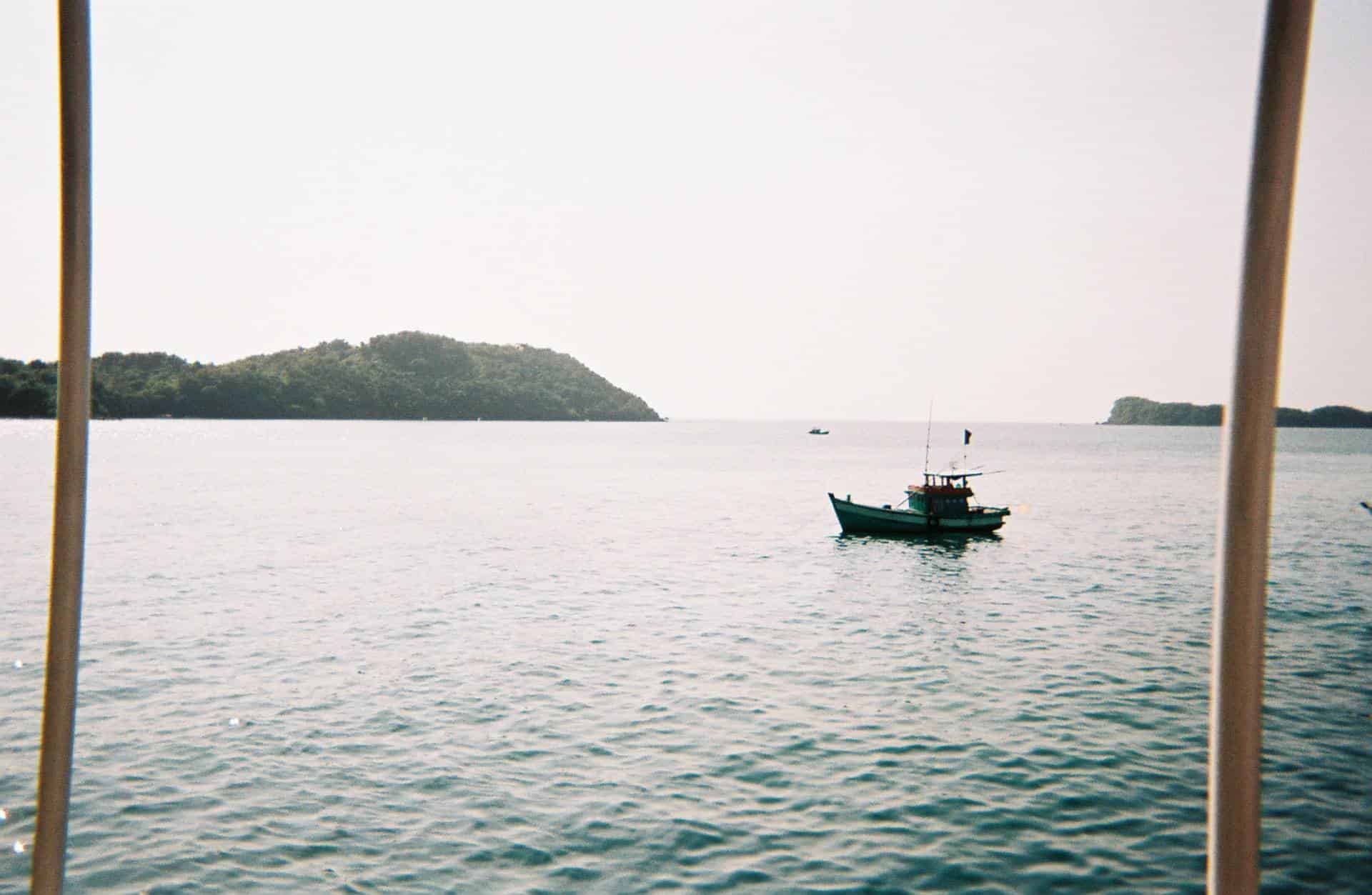 There are plenty of reasons to book a Vietnam honeymoon, including:

Ready to book your honeymoon in Vietnam? Here’s where to go.

Where to go on honeymoon in Vietnam

A cruise on Ha Long Bay — or the Bay of the Descending Dragon — for many represents the pinnacle of their experience in Vietnam. Easily one of the most popular destinations in the country, UNESCO World Heritage–listed Ha Long Bay is both mystical and magnificent, an incredible feat of nature that almost never fails to impress.

Yes, it really is that good.

The last time we counted, UNESCO had picked out 830 World Heritage sites around the world, chosen for their cultural and historical importance, and also for their geological uniqueness. Ha, Long Bay offers a little of all three.

It’s not the cliffs themselves that make Ha Long Bay unique, but rather their sheer number. A huge bay, dotted with nearly 2,000 mostly uninhabited limestone cliffs, the breathtaking scenery is very similar to that of the Andaman coast of Thailand, Vang Vieng in Laos, and Guilin in China.

Created over millions of years, tectonic forces slowly thrust the limestone above the water-line. During this process waves lapping against the stone carved out a number of vast, striking caverns, as well as other geologically interesting formations, such as tunnel caves and uniquely shaped massifs.

Over the ages, Vietnamese fishermen with too much time on their hands began to see shapes in the stone massifs atop many of the islands, and named the islands accordingly — Turtle Island, Human Head Island, Chicken Island, and so on.

In what constitutes one of the most fascinating cultural features of the area, some of these fisherman still live on the bay today — on floating fishing villages, where houses are set atop barges year-round, the inhabitants catching and cultivating fish throughout.

Ha Long Bay cruises mostly run out of Hanoi or the coastal town of Halong City (which faces out and over the bay). There are hundreds of agencies selling tours on the bay, but very few actually run their own boats — instead most are consolidators or resellers. Organizing a tour is very much a buyer beware scenario — talk to other travelers and shop around — if you’re paying $15 ahead for a two-day tour of Ha Long Bay rest assured it will be pretty dodgy. Try to include a stay on Cat Ba Island if you can.

One of southern Vietnam’s prime slices of beach real estate, Mui Ne is a kilometers-long sweeping bay boasting a huge range of guesthouse and resort options, with the actual village set at the far northern end of the bay.

The accommodation and services scene, heavily influenced by its proximity to Saigon which is a mere four hours away, has developed rapidly in recent years and now offers some outstanding mid-range resort options, and while the options for budget travelers have dwindled somewhat, there are still some get budget haunts worth seeking out.

The beach itself is yellow sand with a semi-fine grain. While the central stretch of the beach through to the northern end is poorer quality and dominated by the fishing industry (ie there’s a fair amount of refuse, netting, dead fish, and other fishing paraphernalia), the southern stretch is better suited to swimming, sun-baking, and deck-chair reclining. Obviously, the bits of beach right out front of individual resorts are better kept than the more deserted stretches.

Famous for its wind- and kite-surfing, in season, the winds here are as reliable as clockwork; though if you’re planning on spending a prolonged period of time doing either, bring your own gear as the prices are not cheap.

Away from the beach, the key attraction of Mui Ne is its sand dunes, of which there are three sets which can easily be visited from Mui Ne, either independently by bicycle or motorbike or by motorbike taxi or jeep.

While not of Lawrence of Arabia proportions, they are nevertheless very photogenic, and with a bit of trick photography, you too can be Lawrence.

Best visited in the late afternoon when the light is sublime, you can also catch the sunset from above Mui Ne village which, with its bevy of fishing boats, is particularly scenic.

Nha Trang has a split personality. One takes the form of a smaller Danang – a bustling Viet names city humming with commerce but blessed with access to a beautiful beach. The other is a Western resort town encompassing several blocks of hotels, tourist shops, bars, and international restaurants. Entering this sheltered enclave you could be anywhere in the world if it weren’t for the constant hassling from xe om drivers, many of whom seem to moonlight as pimps and dealers.

The city is indisputably beautiful, bordered by mountains, with the beach tracing an impressive long swoop along a bay dotted with islands. Topiary and modern sculpture dot the immaculately manicured foreshore. The only blight on the horizon is the Hollywood-style sign for the Impearl complex – an ugly scar dominating nearby Hon Tre Island.

Nha Trang offers plenty to keep honeymooners occupied – from island-hopping boat trips and scuba diving to mud baths and historic sites. But the main attraction for most visitors is lounging around on deckchairs at a beachfront bar and drinking cocktails in comfort – making it a perfect destination for a honeymoon in Vietnam.

Dalat – The City of Love

Known as “Le Petit Paris” by the early builders and residents of this hillside resort town, Dalat is still a luxury retreat for city dwellers and tourists tired out from trudging along with sultry coastal Vietnam. In Dalat, you can play golf on one of the finest courses in Indochina, visit beautiful temples, and enjoy the town’s honeymoon atmosphere with delightfully hokey tourist sites.

At 1,500m (4,920 ft.), Dalat is mercifully cool year-round — there’s no need for air-conditioning. The town is a unique blend of pastoral hillside Vietnam and a European alpine resort. Alexander Yersin, the Swiss geologist who first traipsed across this pass, established the town in 1897 as a resort for French commanders weary of the Vietnamese tropics. In and around town are still scattered the relics of colonial mansions, as well as some serene pagodas in a lovely natural setting; you’ve escaped from big-city Vietnam for real. A few ethnic minorities, including the Lat and the Koho, live in and around the picturesque hills surrounding Dalat, and you can visit a number of rural villages on local tours.

Dalat is a top resort destination for Vietnamese couples getting married or honeymooning. If the lunar astrological signs are particularly good, it’s not unusual to see 10 or so wedding parties in a single day. Many of the local scenic spots, like the Valley of Love and Lake of Sighs, pander to the giddy couples. The waterfalls are swarming with vendors, men costumed as bears, and “cowboys” complete with sad-looking horses and fake pistols. A carnival air prevails. It’s a “so bad that it’s good” kind of tacky that is definitely worth the trip. There are also some picturesque temples and hillsides lined with the crumbling weekend homes of French colonials. Emperor Bao Dai, the last in Vietnam, had three large homes here, one of which is now the Sofitel Hotel; the other two can be visited on tours

This peaceful tropical paradise, floats in the warm turquoise waters in the Gulf of Thailand, 50kms from the Vietnamese mainland and a 50-minute flight from Ho Chi Minh City.

In one day, visitors can experience the culture of Vietnam at the local market in the morning, relax on a remote and Map of Phu Quoc stunning beach in the afternoon, enjoy a delicious dinner and drinks at one of the restaurants and enjoy accommodation at the variety of hotels and resorts on this superb island getaway. Open year-round with a peak season from November to March, Phu Quoc is becoming well known for stunning beaches, untouched natural environment, the easy-going and relaxed atmosphere, friendly locals, and fantastic scuba diving and snorkeling.

The majority of Phu Quoc Island is dedicated to National Park and the protected marine environment, providing a memorable experience, with plenty of exciting activities and places to visit to keep you and the family entertained during your stay.

There are plenty of amazing places to visit while on honeymoon in Vietnam. You can either stay in one place or hop around to explore them all. Check out our 3 week Vietnam itinerary for those thinking about hopping around a bit more.