Ukrainians urged to vacation in Turkey after Russia’s travel ban 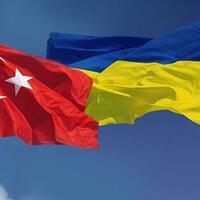 Ukraine’s President Volodymyr Zelenskiy has urged his fellow citizens to vacation in Turkey in support of Ankara after Russia suspended flights to Turkey.

Speaking after the National Defense and Security Council meeting on April 15, Zelenskiy assessed his trip to Turkey, which took place on April 10, where he met with his Turkish counterpart, Recep Tayyip Erdoğan.

“I am grateful to Turkey and particularly to Erdoğan. He is really supportive of Ukraine,” Zelenskiy said, adding that it is important for Ukraine that the Turkish leader supports Kyiv’s stance and that he rejects the annexation of Crimea.

He recalled that Russia recently suspended flights to Turkey. “It was their [Russians] decision. But I believe, on the contrary, we must increase tourism activity with Turkey.”

“We must show we support Turkey,” he said, calling on Ukrainians to travel to Turkey for vacation.

Russia announced on April 12 that it decided to suspend regular and charter flights with Turkey from April 15 to June, citing concerns over the COVID-19 situation in Turkey.

Zelenskiy and his family came to Turkey for a two-day weekend holiday back in 2019, shortly after his election victory.

In the first two months of 2021, tourist arrivals from Ukraine declined nearly 27 percent on an annual basis to 58,000.

In 2020, over 2 million Russians visited Turkey, down from the previous year’s 7 million visits.