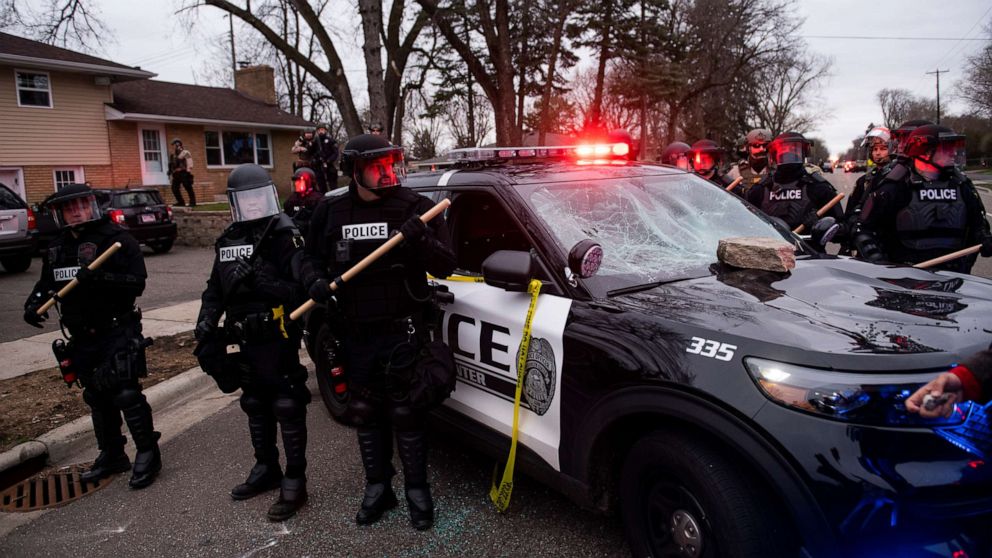 A crowd of protesters has gathered as a result of the shooting.

Officers initiated a stop for a traffic violation in the area of the 6300 block of Orchard Ave. shortly before 2 p.m., Brooklyn Center Police Chief Tim Gannon said in a statement Sunday. There, they determined that the driver of the vehicle had an outstanding warrant.

“At one point as officers were attempting to take the driver into custody, the driver re-entered the vehicle,” Gannon said. “One officer discharged their firearm, striking the driver.”

He said the vehicle traveled several blocks before crashing into another vehicle. The passengers in the other car were not injured.

Officers and medical personnel “attempted life saving measures” on the driver, Gannon said, “but the person died at the scene.”

Gannon said the officers wore body cameras, and the Minnesota Bureau of Criminal apprehension is now investigating the incident.

A female passenger who was also in the vehicle with the person shot sustained non-life threatening injuries during the crash, Gannon said. She was transported to North Memorial Health Hospital in Robbinsdale.

Brooklyn Center is about 10 miles north of Minneapolis.

Moments after the shooting, crowds of protesters gathered at the scene holding Black Lives Matter signs.

No other details were immediately available.