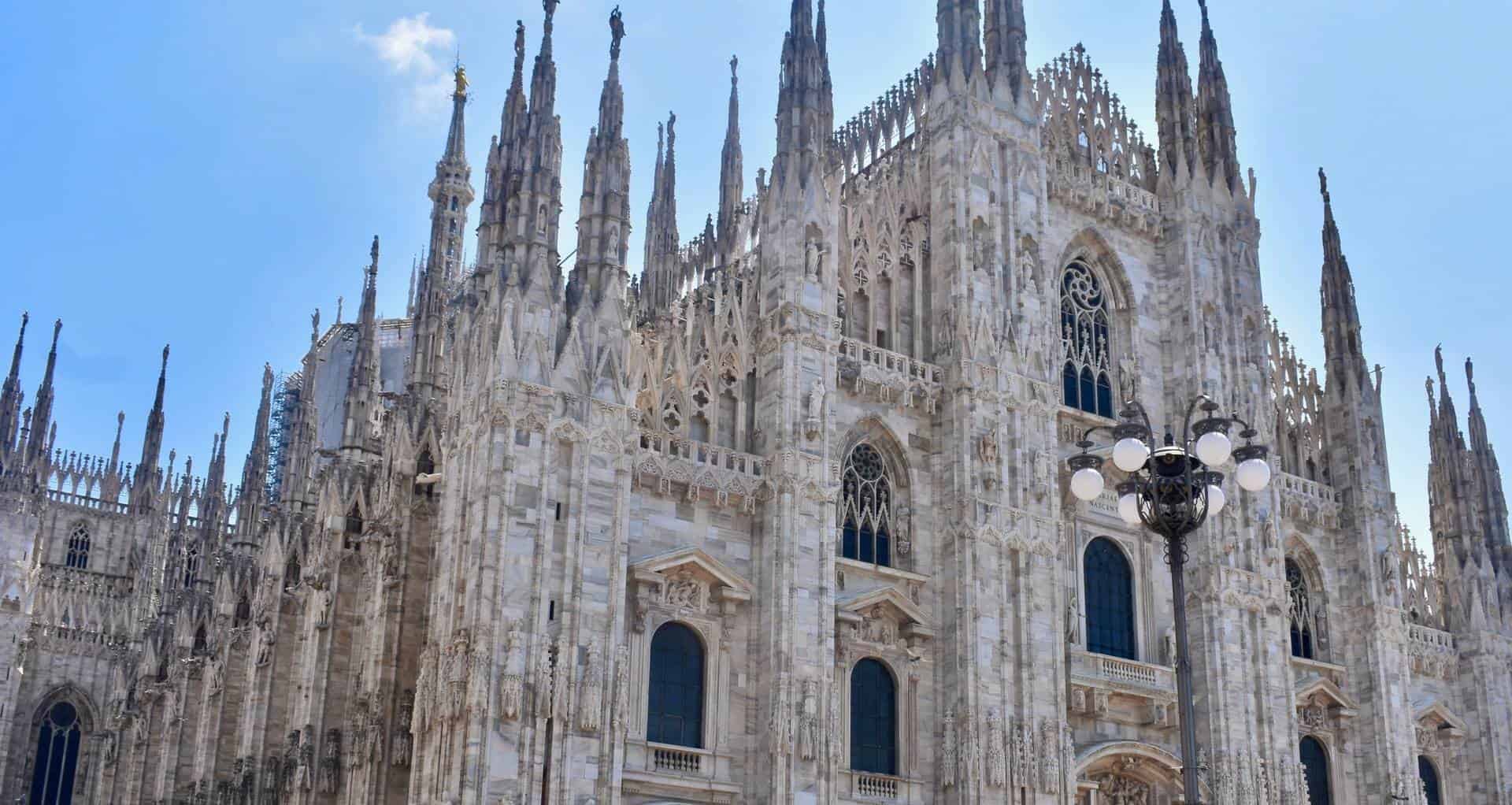 Milan is certainly a powerhouse of fashion, finance, and furniture – but an art destination?

Apart from The Last Supper and the Duomo, Milan’s list of artistic blockbusters seems paltry when compared with those of Rome or Florence, but delve a little deeper and you will discover a city that played a significant role in the life of one of the greatest geniuses in world history: Leonardo da Vinci.

From 1482 until the French invasion of 1499, Leonardo worked for the tyrannical Regent Ludovico (later Duke of Milan). You can see how significant this phase of Leonardo’s life was with a tour of some gems associated with his time in Milan.

Don’t make the mistake of arriving in Milan expecting to drop in and see the painting of The Last Supper.

You will need to book weeks in advance for a 15-minute group visit. It’s worth it though.

Years of meticulous restoration have brought back to life the essential drama of Leonardo’s version of the disciples’ reaction to Christ’s announcement that one of them will betray him.

Take a break from the crowds at Santa Maria Delle Grazie and take your time appreciating Leonardo’s magnificent ceiling of mulberry trees in the far corner of the main building at Sforza Castle.

There are several museums at the castle, but the most fascinating for fans of Leonardo are the picture galleries, which house many late 15th-century paintings from the city.  (And the mulberry trees, of course).

Established at the end of the 16th century, this library and picture gallery houses Leonardo’s Codex Atlanticus notebooks, a collection of some 1,200-odd pages that offers the most extensive insights into his unique mind. It covers his working life from the age of 26 in 1478, until his death in 1519.

The exhibit is shared with the Bramante Sacristry at Santa Maria delle Grazie and covers everything from notes on how to view an eclipse to a list of India’s rivers.  The library’s amazing art collection also includes Leonardo’s only known portrait painting of a man: The Musician.

Entry is €15 (or €20 if you want to visit the Codex Atlanticus exhibit in the Bramante Sacristy of Santa Maria delle Grazie as well). Here’s a guided tour of both Ambrosiana Gallery & Da Vinci’s Codex Atlanticus.

For a museum that contains such a superb collection of furniture and paintings, the Museo Poldi Pezzoli is remarkably free of visitors.

Mainly from the high Renaissance, the collections include works by Botticelli, Pollaiolo, Mantegna, Giovanni Bellini, and Piero Della Francesca, as well as some paintings by Andrea Solario, who worked with Leonardo. You will also see the delightful Mystical Marriage of St Catherine by Bernadino Luini and a Virgin and Child by Giovanni Boltraffio, both of whom worked with and were probably trained by Leonardo.

The principal picture gallery in Milan, Pinacoteca di Brera is as good as the Accademia in Venice and the Uffizi in Florence, but the crowds are far smaller.

It’s hard to pick a highlight, but among the standouts are some wonderful 15th-century Venetian paintings that Leonardo must have seen, including Madonnas by Bellini and Mantegna.

The massive bronze horse at San Siro is a full-size cast based on the commission Leonardo received in 1482 from the Duke of Milan as a monument to the duke’s father.

The biggest equestrian monument in the world, it’s free to view in the peaceful surroundings of Milan’s racecourse. There are options for public transport to get here.

You don’t need to enter any church or museum to see one of Leonardo’s greatest contributions to Milan.

The innovative system of sluices designed by Leonardo for the city’s network of canals allowed Milan to develop into one of Italy’s largest inland ports, despite the absence of the main river. The canals became so integral to the city that some areas almost looked Venetian.

Walk in the footsteps of da Vinci

Explore all of Leonardo da Vinci’s Milan with this three-hour art tour that walks in the footsteps of Da Vinci. See the famous portrayal of the Last Supper, check out the Atlantic Codex at Pinacoteca Ambrosiana, and admire the Il Musico painting.